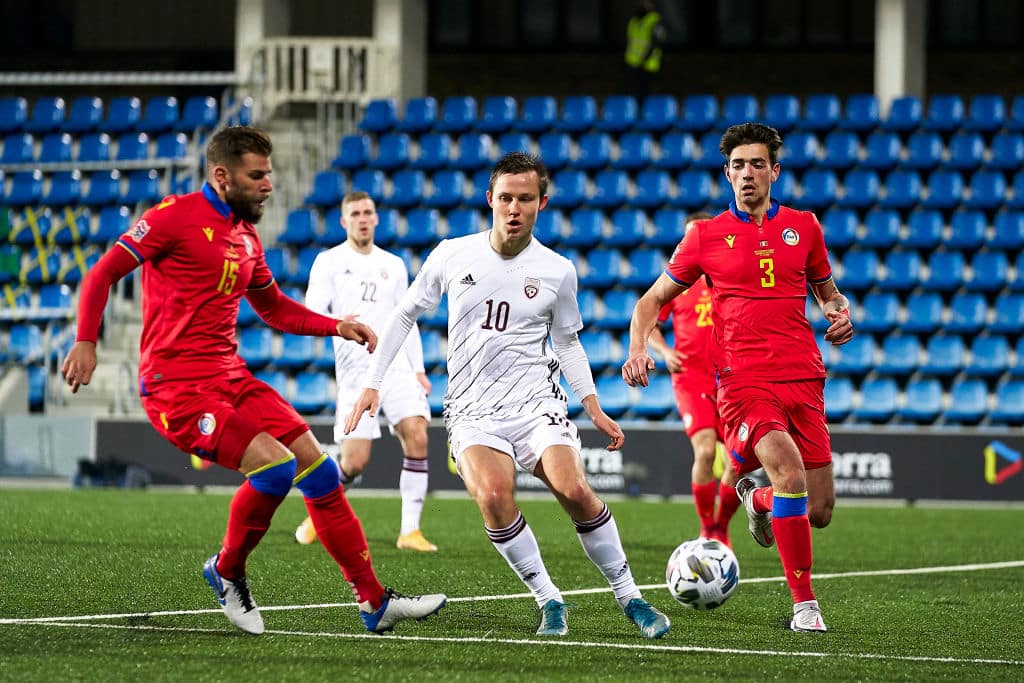 Andorra and Liechtenstein will meet in the third round of the UEFA Nations League on Friday, both without a win in their first two games.

Last time out, the hosts earned their first point with a draw, while the visitors will look to avenge consecutive defeats.

Andorra vs Liechtenstein Tips  and Prediction

Andorra were in play for the first time in 2022 in a pair of friendlies against St Kitts and Nevis and Grenada, following a difficult World Cup Qualifying season in which they only managed six points thanks to a couple of wins over San Marino.

They won three games in a row by a single goal before returning to action in June to begin the new UEFA Nations League season with a trip to Latvia.

The Tricolors were unable to get off to a good start in Riga, falling 3-0 to a Roberts Uldrikis brace and a Janis Ikaunieks score. Last time out, Koldo Alvarez’s team faced Moldova in their second encounter, and despite their opponents being dismissed to ten men on the stroke of halftime, they were unable to strike a crucial goal, and were forced to settle for a draw after a stalemate.

Following that poor start, the Tricolors will try to get their first win to extend their lead over Friday’s opponents. Liechtenstein, on the other hand, will travel in search of a first point after a string of defeats to begin the season.

They went into the 2022 Nations League season aiming for their first win since 2020, having failed to win in any of their previous 18 efforts in all competitions, including a difficult World Cup Qualifying campaign.

The Blues-Reds began their campaign with a 2-0 loss to Moldova on home soil, with Ion Nicolaescu scoring from the penalty spot inside the opening five minutes and Vadim Bolohan completing the scoring with a goal in injury time.

Martin Stocklasa’s team went to Latvia last time out in search of a first point, and after keeping the score level for 70 minutes, they were defeated 1-0, with Arturs Zjuzins scoring the crucial goal.

Liechtenstein has dropped to the bottom of League D1 as a result of those results, and they will be looking for a win on Friday to avoid being cut off at the halfway point of the season.

Both teams will enter with their confidence shattered following their poor openings, but we give the edge to the hosts, who have proven to be slightly more capable on the continental front.