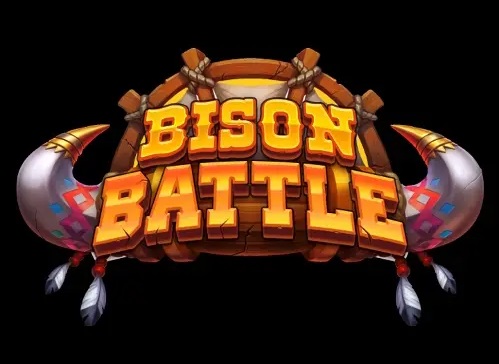 Bison Battle is the name of the next slot machine from Push Gaming that we’re hoping to see. Although this developer doesn’t release many new games each year, I’ve found that the average quality is far superior to that of many of their competitors. We already know that the Bison will be the game’s major attraction, and that its design will be inspired by Native American culture.

It has a straightforward structure, with 5×4 reels hosting 20 active lines. Even with that normal gaming area, it has the potential to pay 50,000x the bet, making it a slot machine with both high volatility and a 96.40 percent RTP. There is a lot to do inside, from the Bison Wild to the Bison Battle and its features.

Bison Battle will be contested with bets of $0.10 or more, with the highest bets reaching $100.

The payments can be quite generous, reaching up to 50,000 times the initial investment. That’s a large top prize for any slot machine, even the most erratic ones. It might take multipliers or free spins to get there, but at least we know it’s possible.

In the long run, you want to see an above-average RTP, and the 96.40 percent given for Bison Battle is the appropriate number to look for.

To begin with, there will be wild symbols in the game, which will take the form of Bison. These are replacement symbols that can be used in conjunction with ordinary symbols to assist generate new combinations. It offers no assistance to the scatter symbols.

Several Bison scatters are also accessible in the game, and depending on how and where they land, they can trigger a variety of features:

Bison Battle, like many other slot machines, takes its inspiration from North America’s grassland and its wild animals. The bison can be found in a variety of colors, including red, blue, and gold. Aside from it, its frequent emblems are an American eagle, a bear, wolf, lynx, and the four card suits, which appear last.

Bison Battle should be a great game for anyone who like high-volatility games and the potential they provide. This is one of the fantastic Push Gaming slots that we’ve enjoyed in recent years.