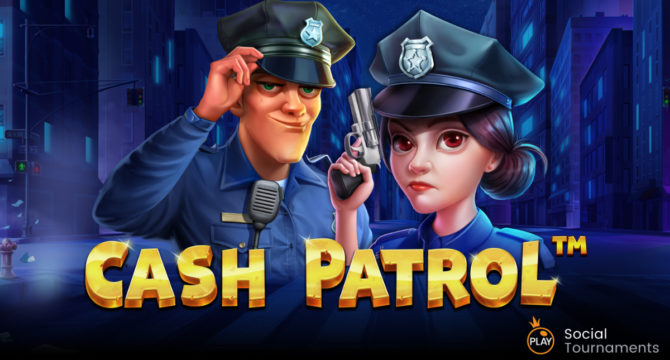 Pragmatic Play’s Cash Patrol is one of their games. The premise of the slot machine will be recognizable, with cops, mobsters, and loads of cash. Given the cop link, the addition of donut-themed Royals on the reels is a wonderful touch. In Cash Patrol, you can expect a wide choice of prizes as well as impressive features.

There will be 5×3 reels and 25 paylines on this slot machine. The potential for the player is very high, with prizes of up to 10,500x the stake on the table. A 96.50 percent RTP is also employed, indicating that, despite the high volatility, this slot offers decent odds to the ordinary player. The wild symbol, scatters, free spins, and the Money Collect concept are just a few of the features you’ll find inside.

Cash Patrol is a slot machine that can be played for $0.25 per line with 25 active lines. It can potentially be much greater, with stakes of up to $5 per line and up to $125 each spin conceivable.

Cash Patrol will pay out well, as is typical of a high volatility slot machine. The stake can be paid inside up to 10,500x, which is a good amount, especially with the extra danger that comes with it.

Operators can choose from a variety of RTPs at Pragmatic Play, but the maximum value is 96.50 percent, which is an excellent one to use if you can locate it.

The wild symbol appears only on reels 2-5 and serves only one purpose: to replace for other symbols. It also only works with normal symbols, assisting in the formation of novel combinations. It has no effect on triggering any features.

The scatter with a red police siren is another good one. It lands on reels 2-4, and if all three scatters appear, you’ll be awarded a little payout (1x your wager) and 8 free spins (can be retriggered through the same 3 scatters).

You gather all Money symbol awards in this game and place them in a designated pot. At the end, a massive Money symbol is added to the reels, along with a respin to allow Collect to land. If this occurs, you are entitled to the entire pot.

Money Collect is a good one as well. Money symbols (random awards) can occur on the first four reels, while the Collect icons can appear on reel 5. In order for the functionality to work, both types must be present.

The following are examples of Collect symbols:

The design will be conventional police and robbery-themed, but the quality will be quite high. The action takes place late at night on city streets, and we observe vintage cars speeding through them. It looks to be based on the American mafia of the early twentieth century.

Cash Patrol will begin with four Royals centered around donuts, each with a distinctive sort of cover. Handcuffs, police caps, cash, and a mobster’s automobile are among the next images. Wild and Scatter logos, as well as Mobster Money Symbols and several sorts of Police Man Collect icons, are employed as feature symbols.

Overall, I found Cash Patrol to be a slot machine that is both entertaining and entertaining. It won’t break any records, but if you can find it with the highest RTP, it’s worth a shot.