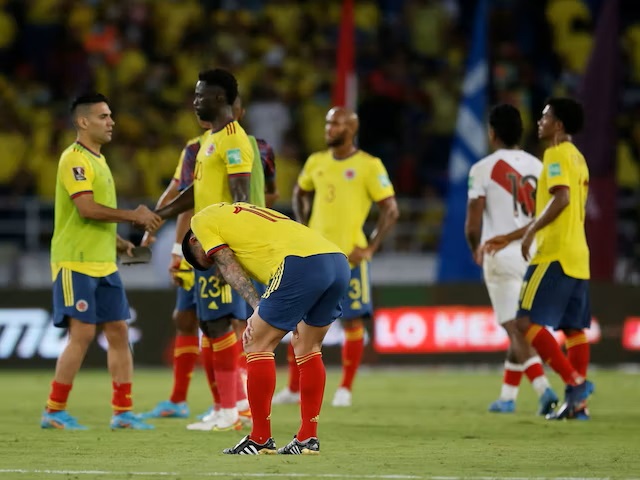 On Sunday, a friendly match between Colombia and Paraguay will take place at the DRV PNK Stadium in Florida.

Since neither nation will be participating in the 2022 World Cup this month, this match will serve as their final friendly match of the year.

Colombia vs Paraguay Tips and Prediction

Colombia failed to secure a spot in Qatar after competing at the 2014 and 2018 World Cups. They placed sixth in CONMEBOL qualifying, one point behind Peru in the inter-confederation playoff position.

Due to this, Los Cafeteros made the decision to fire manager Reinaldo Rueda after only 15 months in charge. In June, Argentine coach Nestor Lorenzo was named as Rueda’s replacement.

During the September international break, Lorenzo won consecutive friendlies against Guatemala and Mexico in the USA, defeating the former 4-1 in New York and the latter with an astonishing comeback triumph.

A second-half brace from substitute Luis Sinisterra and a game-winning goal from Wilmar Barrios turned the game around for Colombia against Mexico, maintaining Lorenzo’s perfect record as the Los Cafeteros manager. Colombia had fallen behind by two goals in the first half hour.

Colombia will be hoping to end the year on a high note and extend their winning streak across all competitions to six games. Colombia has only won one of their last four encounters with Paraguay.

The CONMEBOL World Cup qualifying campaign for Paraguay was poor as they managed just three victories out of 18 games while scoring 12 goals overall, the fewest of any South American country in the top 10 standings.

Los Guaranies failed to qualify after losing six of their final eight games, but Guillermo Barros Schelotto is still in charge, and his team’s performance has actually significantly improved as they have now lost just one of their past five international games.

However, that lone loss came at the hands of Peru in a friendly on Thursday. Alex Valera scored the game’s only goal with a header to secure a 1-0 victory, and in the game’s dying moments, Alexander Succar and Fabian Balbuena were both sent off after an argument.

Before losing to Peru, Paraguay maintained three straight clean sheets, so they’ll be eager to win on Sunday to get their act together. However, Los Guaranies have only triumphed over Colombia once in their previous nine encounters, a away victory in October 2017.

Colombia has made a strong start under Lorenzo’s guidance, and they will be optimistic about their prospects of winning against a goal-averse Paraguay team.

Los Cafeteros should have enough talent in their lineup to easily win in Florida, despite the absence of a few notable players due to injuries.