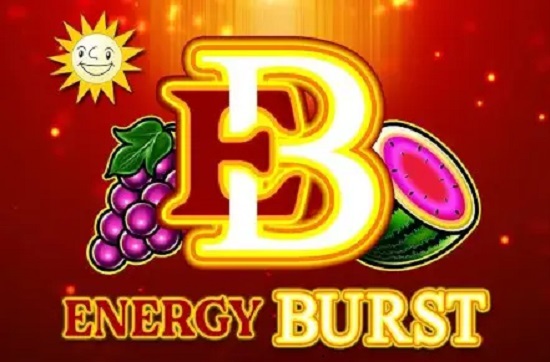 Energy Burst’s title promises a burst of energy, but it won’t come from the game’s classic fruit theme or simple design. Merkur’s new slot machine, on the other hand, has a handful of characteristics that could be appealing.

On its 5×3 reels, Energy Burst manages to give only 10 active lines, but they’re the kind that pay both ways. When this happens with the top symbol on all lines, prizes of up to 500x the stake will be given, and the RTP is predicted to reach 96.04 percent in the long run. The increasing wilds, as well as the respins that they generate, are the features I’d want to highlight.

With the top-paying symbol in Energy Burst paying up to 25x the bet and 10 lines capable of making combos in both directions, the slot’s maximum payout is 500x the stake.

Energy Burst also has a 96.04 percent RTP, which means that while it isn’t the most feature-rich environment and the payouts aren’t spectacular, the average player will be satisfied.

Features of the Energy Burst Slot

To begin, it’s worth noting that, despite the fact that Energy Burst only has ten active lines, they’ll all form winning combinations starting from left to right and right to left. This increases the player’s chances of forming winning combos.

The Wild is the only feature icon included here. Only reels 2, 3, and 4 can contain this symbol. When the wild symbol appears on one of those reels, it expands to cover all three positions. For the rest of the feature, it becomes sticky. You get a single respin at first, and if more wilds appear, the respins continue. Because you can get up to three wild reels, you can get up to three respins at the conclusion of the game.

While the features may be unique and fascinating, I can’t say the same about the theme or aesthetics. Because Energy Burst is largely about fruits and other traditional symbols, the energy release isn’t instantly apparent. It’s also in a retro design style, so it doesn’t appear to be well-made by today’s standards.

Its list of symbols starts from the lowly Cherries and continues with Lemons, Plums, Oranges, Grapes, Watermelons, and the Golden Seven. A wild symbol with the EB logo can also land, and it’s the only feature symbol available.

Energy Burst includes a modern element that we’ve seen in a number of other successful slot machines in recent years. However, the aesthetics are outdated, and the payouts aren’t particularly big, so there aren’t many compelling reasons to play this slot.