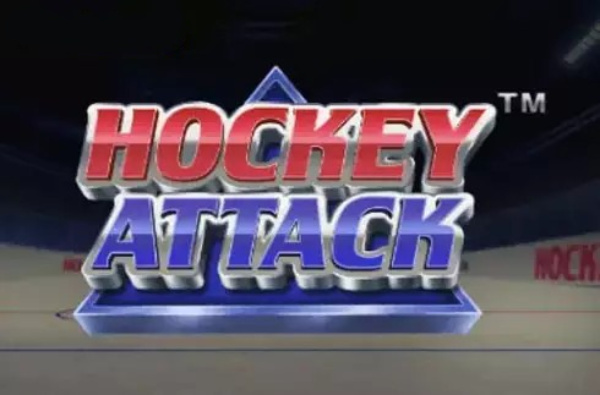 Although sports-themed slot machines are not uncommon, we haven’t seen many that focus on hockey. There are a few, thus Pragmatic Play’s Hockey Attack has some competition, although new releases in this area are uncommon. They created a layout that would appeal to an Eastern audience, therefore it appears to be a slot aimed at the Chinese market, based on the excessive use of the fortunate number 8.

Hockey Attack features 5×5 reels with 88 active lines. There are just as many ways to assist you get near to the top prize, which is worth 2,500 times your bet. In a slot machine with a 96.37 percent RTP and medium volatility, it’s hardly the largest jackpot, but it’s enough. Tumbling reels, standard wilds, and random super-stacked wilds, as well as scatters and free spins with multipliers, are among the primary features.

The betting technique appears to be well-suited for use in China, where the number eight is regarded lucky. The smallest bet per spin is $0.88, while the maximum bet is $176 (up to $2 per line on all 88 lines).

I thought the top jackpot in Hockey Attack was a good size. The best the game can offer is 2,500 times the investment, and that will enough in this case. You’re not taking too many chances because the volatility is moderate, and you’ll also benefit from the RTP of 96.37 percent (slightly above average odds in the long run).

Since there are 88 active lines, you have a lot of opportunity to construct winning combos. Tumbling reels are triggered everytime a combination is formed, so it doesn’t end there. When the winning symbols are removed, the symbols above them drop down into the vacant spaces, and new ones are inserted at the top. If more wins come in, this might lead to even more tumbles.

The normal wild will appear as the Hockey Wild logo and will act as a substitute on the last three reels during the paid spins (and the last four reels during free spins).

Super Stacked Wilds can be added to one of the center three reels at any time while playing this game.

The Scatter logo must appear on at least three reels in order to win a prize of up to 250 times your bet. At the same time, they activate the free spins. There is no way to reactivate this feature.

At this point, you’ll be awarded 12 free spins, as well as a multiplier that increases by 1x as you complete combinations and activate the tumbling reels feature. If you get 7 tumbles, you’ll get an 8x multiplier for the current free spin. However, it will be reset before the following round begins.

In terms of wild symbols, not only are they available on four reels instead of three, but new ones are added each round. These are added to the last four reels’ stacked wilds.

The standard ice-covered hockey ring greets us in Hockey Attack, but that’s only the part we can see from the sides. There is a massive game area in the centre with 5×5 symbols that takes up the majority of the screen space. This one’s design is rather standard; there’s nothing particularly noteworthy about it. Its quality is comparable to that of a slot machine from a decade ago, not a game released in 2021.

The game’s insignia include the four light blue-colored Royals (J-A), as well as premium symbols such as skating shoes, helmets, and three players (blue, green, red). Various logos are included with the feature symbols.

Hockey Attack may not have the best design, but it’s a solid slot machine to try out in terms of features and possible payouts. I’d recommend it to hockey enthusiasts, even if they aren’t familiar with slot machines, because the volatility is moderate.