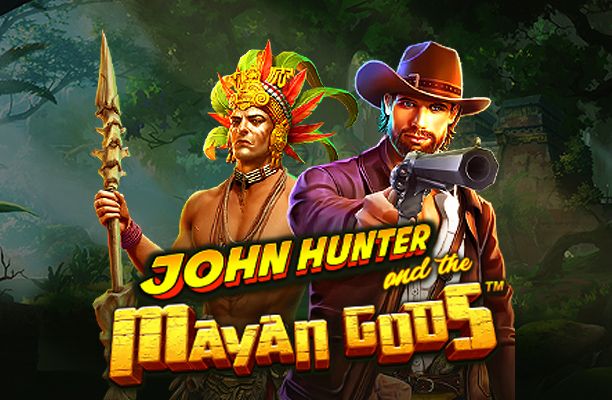 Following releases like Book of Tut, Scarab Queen, or Aztec Treasure, Pragmatic Play continues to work on the John Hunter series. We return to South America with their fourth book, John Hunter and the Mayan Gods. A player might try to check it out if it has decent graphics, just average top rewards, and a high RTP.

We get five reels and ten lines in John Hunter and the Mayan Gods. Through these, wins of up to 500 times the bet are possible, but during free spins, the payoff may reach 2,500 times the bet. On paper, the 96.51% RTP appears to be a decent deal, but the game’s volatility will be quite high. Free spins, scatters, expanding wilds, and symbol changes are among its major features.

If you fill the reels with the highest paying and rarest symbols the game will use, the payouts are underwhelming, only 500x the bet. If you repeatedly do that throughout its free spins, you can win the 2,500x jackpot. The high volatility of the game doesn’t help. The actual cash worth might reach $250,000.

The game is volatile and its big payouts aren’t all that amazing, but the RTP still comes to a fair amount. In fact, at 96.51%, it is regarded as being much above the RTP for this industry as a whole.

You will have access to a Golden Wild, but only from the middle three columns. It can be used as a substitute symbol if coupled with other regular symbols, however the fact that it appears on just some of the reels detracts from its appeal.

When the conditions are right, wilds will occasionally expand and take control of the reels. Only when it will lead to a victory does this happen. It is also possible, though not very frequently, for the middle three reels to be fully covered with wilds.

The free spins bonus, which seems to be the most elaborate, requires the Temple scatters to land 3 to 5 times. Once the stake has been paid out up to 50 times, you begin a bonus round with 12 free spins.

The presence of 1 to 3 wilds during free spins will result in an additional 1 to 5 rounds of free spins being added to the total, as well as an increment of 1, 2, or 3 in the game’s level.

During free spins, there are up to six stages, and each one grants the player an upgrade of a certain type of symbol to a more valuable one. You do this with goblets, which you transform into daggers, daggers into rings, symbols divided into three, rings transformed into Quetzalcoatl, and chiefs transformed into John Hunter.

It’s an old tale of John Hunter, who was on the lookout for adventure and treasure. After playing three additional games that took him to South America and Egypt, he returns to the latter continent to search for Mayan temples. This prehistoric culture had an impact on the design.

The Mayan Temple (scatter), the Wild logo, John Hunter, the Mayan Chieftain, Quetzalcoatl, Rings, Daggers, and Goblets are among the symbols used. The Royals, J to A, will be used as low value icons.

Fans of Pragmatic Play’s slot machine series should consider John Hunter and the Mayan Gods, but I’d be hoping for bigger payouts than those offered here. The multi-level free spins are a good addition that could make it interesting, but you must first access that feature.