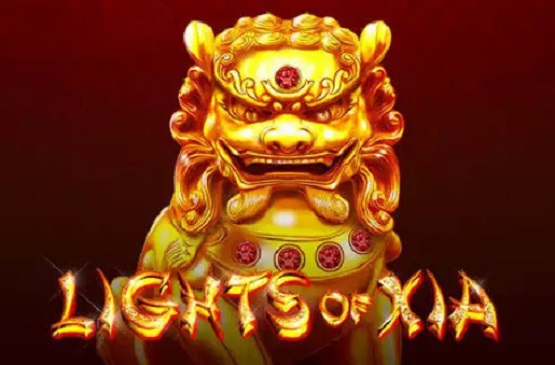 Merkur’s Lights of Xia is one of their slot machines aimed at the Asian market, with a theme inspired by the culture and stories of the region. There’s nothing special about it; it’s a tried-and-true strategy that most developers employ. The name of the country’s first dynasty, Xia, is a significant aspect of Chinese history. Then we’re anticipating a historical-themed slot.

Lights of Xia requires a bet of $0.20 to $40 for each round it gets you through, thanks to its ten active lines.

In exchange, during regular spins, it will be capable of paying up to 100x every line, or 1,000x total. Thanks to 5x multipliers that can be generated if you retrigger the feature multiple times, the free spins appear to have even more potential. In principle, you may win up to 5,000 times your wager, albeit the creator does not specify whether the slot’s winnings are capped.

Lights of Xia has a decent RTP of 95.90 percent, thus it’s a fair game in the long run.

Features of the Lights of Xia Slot

The Climbing Wild (Paper Lantern) will most likely be your favourite feature in this game until you get to the free spins. These wilds will appear on the reels and then move up one position throughout the subsequent spins. They frequently stay for multiple rounds, allowing them to assist in the formation of fresh combinations by functioning as substitutes.

Once the feature has started, you can retrigger it by landing 2-3 more Climbing Wilds in the region above the reels, which will award you 5 or 10 free spins, accordingly. Whenever this happens, the feature’s multiplier increases by 1x. If you retrigger the free spins enough times, you can get up to 5x multipliers.

Lights of Xia is one of numerous online slots that draw inspiration from China’s history and legendary monsters. We don’t see much of a link to their history or dynasties because the majority of symbols are basic, as is typical with Chinese slots in general. The feature emblem is the Climbing Wild, which has a dragon affixed to the side of a paper lantern. Its regulars write with four Royals, J to A, in a Chinese calligraphy style. Golden fish, tortoise, frog, money, and lion are among the popular emblems.

Lights of Xia may not appear to be a unique slot based on its aesthetics, but I believe you’ll appreciate its version of the Climbing Wilds, as well as the potential multipliers won during its free spins.