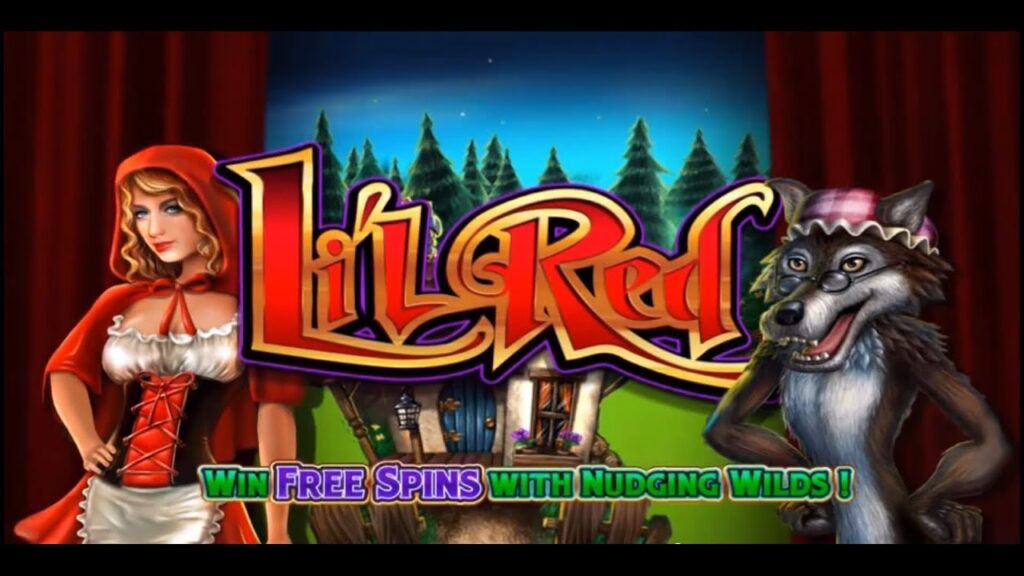 Little Red Riding Hood is the inspiration behind Realtime Gaming’s Lil Red. The layout is traditional, thus there are 5 reels and 3 rows, but there are 243 ways to win. You’ll also find a selection of symbols on the reels of this medium-volatility game. You’ll find Wilds and Scatters among them, which means you may expect some free games. Many symbols will lead to a variety of prizes, but only if you dare to enter the woods.

Because this slot is based on a story, you’ll recognize some of the symbols on the reels. However, the goal stays the same. To put it another way, you’ll have to match symbols as much as possible. If you get three, four, or five symbols in a row, you’ll win a prize, although the amount will vary. Naturally, none of them surpasses the highest reward of 2,000x the stake, but you’ll have a chance to win it with a betting range of $0.30 to $30. As a result, familiarizing yourself with the symbols and elements of this game is a smart idea.

Features of the Lil Red Slot

As previously stated, this online slot is based on a well-known story. The symbols on the reels will all be related to the topic in some way. Character symbols and card suit symbols make up the regulars. The latter group of symbols has lower-value awards, whereas the former group has higher-value prizes. The huntsman, granny, tiny red riding hood, grandma’s house, and a basket are shown here. However, there are several unique symbols to keep an eye out for. They are responsible for bringing in the game’s features.

The big bad wolf is the Wild symbol on the reels, and it appears to assist you in forming a winning combination by substituting for the conventional symbols. But this isn’t just any Wild; it’s a bursting one, which means you can expect a big victory when it appears. You also have the Scatter sign, which is a small red book.

Scatter combinations will get you access to the free games. The more of a combination you have, the better off you’ll be. So, if you collect three Scatters, you’ll get 15 free games, four will get you 30 free games, and five will get you the maximum of 60 free games. This feature is accompanied with cascading wins. To put it another way, anytime a victory occurs, the winning symbols are replaced with the possibility of obtaining successive wins. You can also use multipliers to increase your stake by up to 5 times. This is the feature that has the ability to provide you the game’s top prize.

The story of Little Red Riding Hood inspired the motif. It’s a fantasy title because it’s based on a story. The charming forest may be seen in the backdrop, and the game has a design that allows it to be played on mobile devices.

Lil Red is a slot machine that takes you through the story of Little Red Riding Hood. The whole group will be on the reels, and the wolf will be the Wild. A Scatter will also appear, triggering free games with multipliers and cascading wins. To put it another way, you’ll receive a fantasy slot game with just the appropriate elements to keep you entertained.