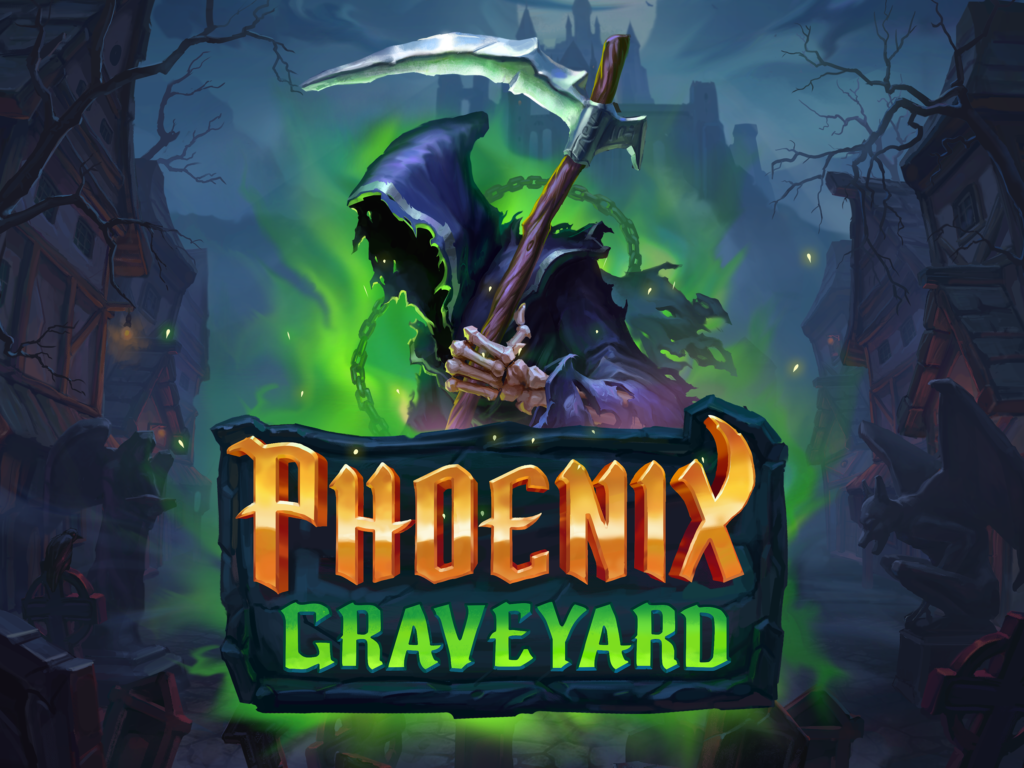 Phoenix Graveyard is an intriguing slot machine title, especially given the theme’s nature. Phoenix birds are regarded as emblems of rebirth from the ashes, therefore the graveyard scene could be tied to that ultimate rebirth, or it could symbolize the end of their existence. Once the slot machine is released, which is expected in the next few months, we’ll see what ELK Studios meant with this title.

At the start of the game, Phoenix Graveyard has 5×3 reels and 243 possibilities to win. Its rewards of up to 10,000x the stake appear to be attractive, but the RTP of 95% is not in its favor. Tombstone Frames, various sorts of wilds, and free spins are among the special features.

The minimum stake authorized in this game will be $0.20, and there will be 100 coins available. At the opposite end of the scale, those same 100 coins could be worth up to $100.

It’s a slot with a good top jackpot, with a possible payout of 10,000x the bet for the lucky few. I’m not thrilled with the 95 percent RTP, which is currently lower than the industry average.

Features of the Phoenix Graveyard Slot

While there are just 243 ways to win at first, the slot can swiftly increase its gaming area by employing Tombstone Frames. These are simple frames with numbers at the top that land around normal symbols. It can represent up to ten symbols of that sort, significantly increasing the number of possibilities to win. It’s not easy to get the frames to appear, as they appear as a result of a random feature known as Sudden Death.

The Phoenix is one of two types of wilds that can be used to replace other symbols. If a Tombstone frame lands on their location, they can impose multipliers of up to 10x.

The Grim Reaper is the other wild, and if it lands on one of the last three reels, it will trigger a respin feature. It will go up against Phoenix or other premium symbols in the area. This rewards premium spots with tombstones or a 2x multiplier for one of the wilds involved, as well as the possibility of a Feather Wild being left behind when the Phoenix moves. Feathers are then transformed into extra Phoenix Wilds.

Each round, the Phoenix slides one position to the left until it leaves the reels. The respins will then come to an end. During respins, Phoenix Wilds appear on the reels as well, but they move to different spots each round.

The free spins feature, which is triggered by 3-5 scatters, is the last feature. You earn 5, 6, or 10 free spins depending on the number of scatters, with 1 to 3 Phoenix Wilds on the reels. These wilds stay for the duration of the feature, moving to different spots each time. The tombstone frames are very clingy.

It’s not going to be a pleasant slot, as the name suggests. The design of Phoenix Graveyard is Gothic, with a set of symbols spanning from lesser value Royals (J to A) to the three primary characters (king, queen, and jester). There will also be Phoenix Wilds and Grim Reaper Wilds, as well as Bonus symbols.

All things considered, it’s not a bad slot machine, and I would have recommended it to anyone if the RTP had been better. It’s not as enticing as most of its competitors because it offers lesser odds.