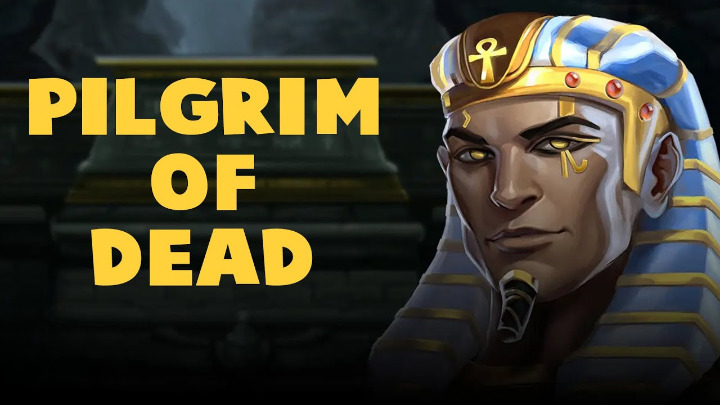 Pilgrim of Dead is just one slot machine in a very long series of such games, Ancient Egypt-themed, that Play n GO has been releasing over the years. They’re usually Book-themed games, but it remains to be seen what we’re getting in this case.

5×3 reels, the usual setup, are used to bring 10 active lines to the player. Through them and the maximum number of winning combinations, up to 1,000x the stake could be paid (more through free spins). The volatility is high, of course, while the RTP goes up to 96%, so nothing unusual there. The major features included with this slot machine are the wild symbols which also behave as scatters, along with free spins. The special expanding symbols also have a sticky element for additional potential.

The game allows players to place bets in a range between $0.10 and $100, which is common for many slot games. The maximum payout for regular combinations is 100 times the bet per line or 1,000 times the bet per spin. However, it is possible to win even more through the use of free spins and sticky symbols. It should be noted that the game may have a high level of volatility and players should ensure that the return to player rate is set to the maximum allowed value of 96%.

The Pilgrim of Dead slot machine is based on a book and offers a wild/scatter symbol that players can use to create winning combinations or activate free spins. The main feature of the game includes five free spins, during which a random symbol is selected to become special. These special symbols can expand to cover multiple reels, allowing them to form winning combinations on all lines, even if they are not adjacent.

One unique feature of this slot game is that after winning combinations are formed, they leave behind a regular-sized symbol at the top position. This may create a new winning combination during the next round, but it is not guaranteed because it is no longer an expanding symbol and must be formed from left to right on 2-3 or more reels.

The theme of the game is based on Ancient Egypt and has not been changed. The background displays ancient monuments, and the symbols on the reels include royal figures, the Ankh, Anubis, Pharaoh, scales, and other related images.

Pilgrim of Dead is a slot game that belongs to a popular genre that has been widely imitated. However, it distinguishes itself by introducing a unique feature that can significantly affect gameplay during free spins. Also, it follows the same format as other Book-style slots.