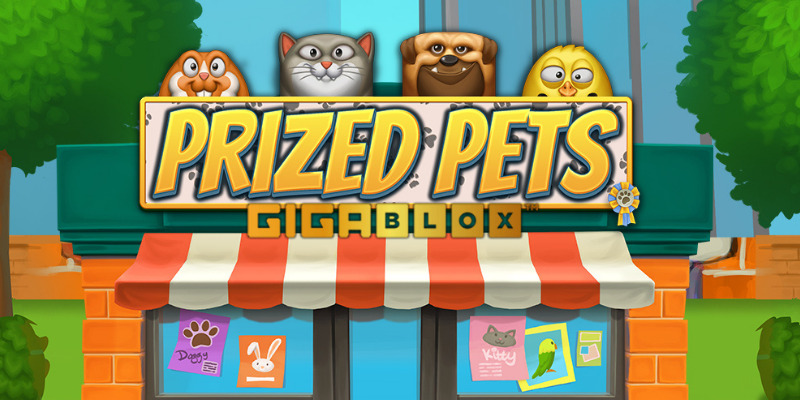 The slot’s developer, Northern Lights Gaming, made the future Yggdrasil Gaming release, Prized Pets Gigablox, accessible. Huge symbols on its reels are to be expected with the Gigablox engine in situ, and the game should be entertaining as charming animals take over the playing field.

Prized Pet Gigablox features 6×4 reels and 25 lines in that space. In its case, wins over 5,000 times the bet are the desired outcome, but the slot’s volatility is likewise significant. With that additional danger, a 96.10 percent RTP does assist a little. You receive a wild, a scatter, a bonus game, and free spins as part of its features.

You can wager as little as $0.10 on each spin when putting your bets. However, it is also possible to wager up to $50.

Since Prized Pets Gigablox is a slot machine that is regarded as being extremely volatile, you are taking a danger, but you also have the opportunity to win a prize worth up to 5,223 times your wager. Those who participate can win up to $261,150.

If we base our decision on the RTP of 96.10 percent, even the odds may be respectable, at least over the long term.

They count as a lot of symbols because the Gigablox engine enables symbols with up to 6×6 positions to appear on the reels. It is easier to get winning combos on several lines than it would be with other slots.

A feature called Chomp Chomp can add wilds to the reels, turning the pet food into substitutions that can facilitate the formation of combinations.

When Dog Bones appear as overlays on conventional symbols, you collect them, and ultimately you unlock the Pot Bonus, where you make some picks and can win up to 5,000 times your wager (Grand Jackpot).

Although you require five or more scatters to reach the free spins, Gigablox scatters can also lead to these, so it’s not as difficult as it would seem. You will receive one round for every scatter spot that it occupies. With each new scatter that lands in this mode, extra free spins are won.

This slot machine’s main characters are the animals. They are represented by dogs, rabbits, cats, and chickens in the primary symbols. Four different sorts of food—one for each pet—are represented by the lower symbols. Gigablox symbols stand out because they can be extremely large, and the entire game has the appearance of a contemporary slot machine.

Prized Pet The jackpot, aesthetics, and features of Gigablox are just a few of the many things this slot machine has to offer. Overall, the sample game is entertaining. This slot may be a nice choice overall for a player seeking a retro-style aesthetic and low volatility, but there are many other possibilities of that kind that provide higher RTP percentages. Overall, I enjoy the slot machine; it is a genuine Yggdrasil product, has nice graphics, and has some interesting bonus features.