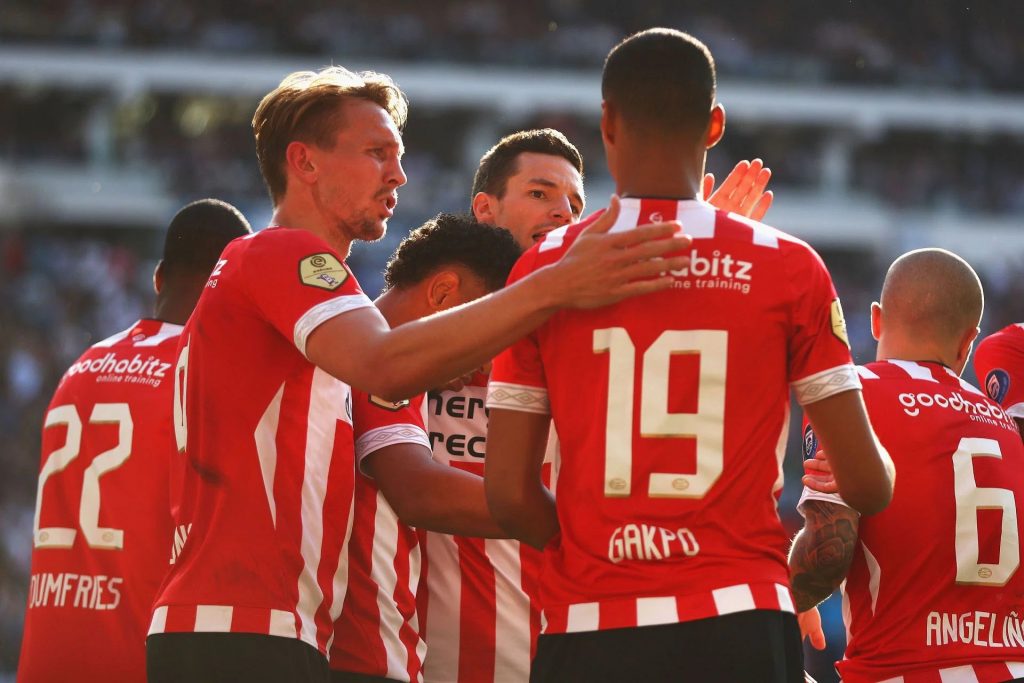 PSV Eindhoven and Monaco will meet again for the second leg of their Champions League third-round qualifying match at the Philips Stadion on Tuesday after a closely contested 1-1 draw in the first leg.

Both teams won their opening matches of the domestic season over the weekend, and they will now compete for a berth in the group stage against either Union SG or Rangers.

Ruud van Nistelrooy’s team had much less success on the attacking front in playing out a 1-1 first-leg game with Monaco at the Stade Louis II, after scoring five goals against Ajax in a hectic Super Cup match that looked to drain PSV’s vitality.

Joey Veerman’s goal gave the KNVB-Beker champions a 1-0 lead at the break, but Axel Disasi’s equalizer 10 minutes from time ensures that this week in the Netherlands, everything is still up for grabs.

PSV will enter the second leg off of a smooth 4-1 victory over Emmen on the first day, during which the highly-coveted Cody Gakpo scored a brace, as they begin yet another quest to end Ajax’s perpetual reign of domination in the Eredivisie.

Gakpo’s future is a subject of ongoing speculation amid rumors of a transfer to Manchester United or Arsenal, but Van Nistelrooy is unwilling to lose the talented attacker before PSV’s European fate is decided as they strive to advance to the group stage for the first time since 2018–19.

If they lose to Monaco this week, they will receive the consolation prize of a place in the Europa League group stage. Van Nistelrooy may be concerned about this given that his team has conceded five goals in their first three games.

Monaco had jelly legs over the weekend, something a Strasbourg team primarily interested in moving up the Ligue 1 status ladder would have hoped to exploit, but Les Monegasques nevertheless managed to grind out a tough victory in their home debut.

Before Habib Diallo added a twist 25 minutes from time, Krepin Diatta and Sofiane Diop had already scored goals, but Matz Sels had to make up to nine saves in the Strasbourg goal as Monaco appeared more likely to add another.

Philippe Clement may have been a little miffed that his team managed just two goals on 24 shots at the Stade de la Meinau, especially considering that they only managed one goal on 15 shots against PSV in the first leg. However, three points on the opening day are still of utmost importance.

Last year, Monaco made it all the way to the Champions League qualifying playoff round before being eliminated by Shakhtar Donetsk. Like PSV, Les Monegasques hope to make it back to the promised land for the first time in four years.

Although they did lose their most recent continental game away from home against Braga in the Europa League last-16 stage, Clement’s side will hope to continue their European journey at the expense of PSV’s given that the visitors’ unbeaten run away from home in all competitions now stands at seven games.

However, both managers must take into account a number of injury concerns for the second leg, which is expected to be another tense and tightly contested contest. Both managers could afford to rest key players over the weekend.

As Clement’s team has not shied away from a shot thus far this season, the return of Golovin and Volland with fresh legs in tow may just tip the scales in Monaco’s favor. If they can convert these opportunities at the Phillips Stadion, they should win.