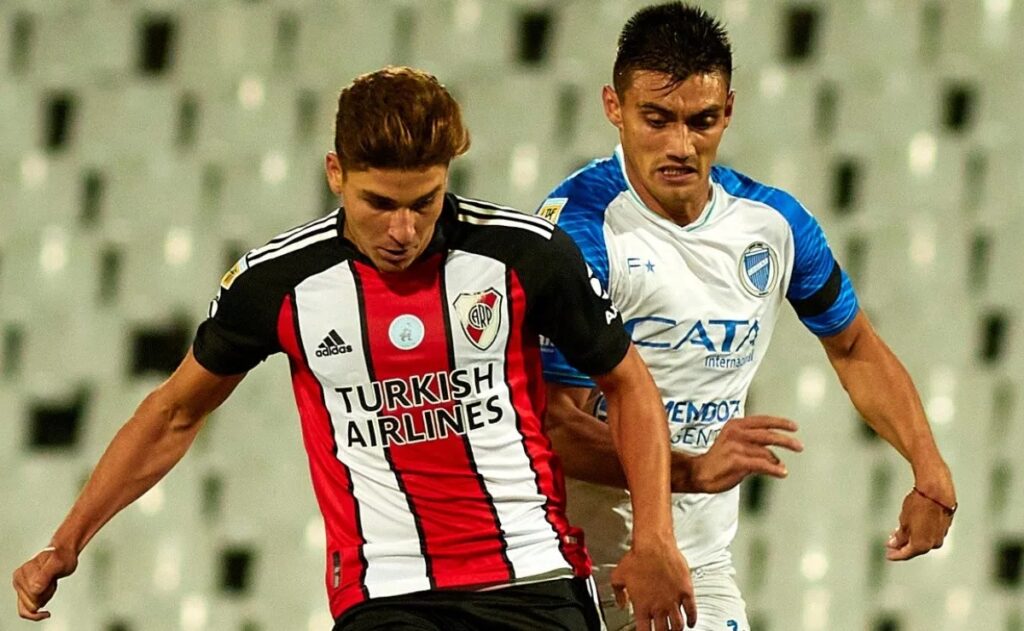 The emphasis will revert to the Argentine Primera Division for River Plate when they meet Godoy Cruz at El Monumental on Sunday after a sad conclusion to their Copa Libertadores campaign.

La Bamba was defeated by Velez Sarsfield in the round of 16 after failing to score in both legs. Tomba is coming into this matchup with a three-game winning streak in the competition’s second round.

As his team struggled to crack Liniers’ resolute defense this week, Marcelo Gallardo witnessed his team suddenly lose steam at the worst possible time. They managed just one shot on target in a 0-0 draw, dropping the match 1-0 overall.

That loss was a huge setback for a squad that is losing their top scorer, Julian Alvarez, to Manchester City, and who, according to sources, is no longer in the running to sign Luis Suarez of Uruguay.

River must focus their emphasis on what lies ahead now that the window for their first international championship since 2019 has gone.

They presently rank third in the overall standings, three points behind leaders Racing, therefore their immediate challenge will be to defend their domestic championship.

As one of the best possession-based teams in South America, Los Millonarios rarely have trouble holding onto the ball for extended periods of time, but recently they have struggled to make the crucial pass to get past opposing defenses, going without a goal in two of their previous three games across all competitions.

River is a difficult team to stop when they are in full flow thanks to their one-touch combination play, but since they move the ball so swiftly, their pass accuracy may occasionally be subpar, performing at less than 80% in two of their most recent three league games.

They are experts at condensing the pitch, conceding one goal or fewer in five straight games at El Monumental in all competitions. This has been made possible by some strong work from their backline.

When discussing teams with strong defensive lines, it’s important to bring up Godoy Cruz, a team that has excelled in this area and allowed the second-fewest goals (five) in the second stage of the Argentine Primera Division.

Last Saturday, they played as well on defense as they possibly could, limiting Colon to less than 50% possession and no shots on goal.

This squad has typically lined up with two holding midfielders and another three directly in front of their lone striker, according to manager Favio Orsi, and that formation has allowed them to obstruct their opponents’ ball movement and frequently hold them to pass accuracy below 70%.

On the other hand, they frequently fall short of that standard in terms of accuracy and distribution, and they do not generate many scoring chances away from home, scoring only once or less in five straight domestic matches going back to the competition’s first round.

Any team would be asking a lot to take on River Plate in front of that daunting crowd of nearly 70,000 chanting supporters.

With one win and a draw in their only three domestic excursions to that iconic stadium, if their recent history has shown us anything, it’s that they are more than capable of handling themselves in a testing environment like that.

Godoy has played effectively when trailing in recent games, recovering to gain four points from losing positions in their last two games where they let up the first goal.

We anticipate the home team to carry the most of the action, and eventually all that pressure should pay off. The home side may initially struggle to maintain such a high intensity on short rest, while also managing the psychological disappointment from earlier this week.