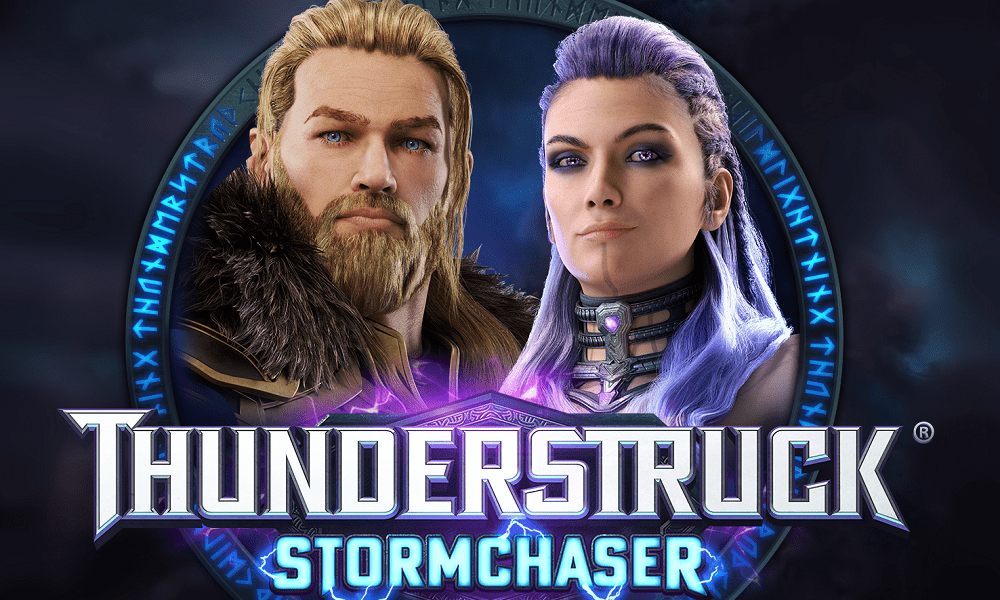 Thunderstruck Stormchaser by Stormcraft studios is a game that allows gamers to experience the superpowers controlling nature. Like the X-men or David Lo Pan, who has the power to command the storm, a player should master the game to be ahead of the competition.

An example of a superpower commander is Thor, who’s capable of shooting off Godblasts that can destroy gods and immortals. Thor can also demand the skies for lightning or storms through his powers. The developer of this game used this as an inspiration to develop its storyline. Thunderstruck Stormchaser is the 5th release of the thunderstruck slot ranges.

The storyline of Thunderstruck Stormchaser revolves around Thor, who is eager to get back his father’s Odin’s spear and the throne of Asgard. The interesting story is fitted into the game with attractive visuals and soundtrack. It’s so engaging and profound a reason why players find themselves playing it over and over.

Playing the base game is not complicated, and even beginners find it easy to make win.  The game’s features, like free spins and riff-heavy rock, are some of the things a player needs to understand to make the game worth their time.

It’s a highly volatile game with 4 RTP models. The highest RTP is 96.1%, with five reels, four rows, and 1024 ways to win. To win in this game, you must ensure you’ve got matching symbols on adjacent reels from the left. You can use any device to play this game with a bet limit of 20 p/c to 25 euros per spin.

The pay symbols include 9-A card tiles, tower, throne, Asgard, Thyra, Yggdrasil, and ravens. Having a five-of-a-kind win equals 1-1.25X the bet when it includes royals. But when you land five premium symbols, the payout will be 1.5-4X the bet. Since Thor is wild, it will enable you to substitute any paying symbol. Additionally, wilds that appear on all the reels for five-of-a-kind will have a payout of 10 times the bet.

The game’s features worth trying out are rolling reels, Wildstorm, multiplier symbols, Wildstorm collect, bonus buys an option, and free spins with multiplier.

Below is an in-depth explanation of every feature;

You can use this feature to remove winning ways from the grid after hitting and making the symbols fall in the gap. If the symbols drop, it will be a win, and the dropped symbol will be replaced. This should go on until no win shows up.

The good thing about the multiplier symbols is they don’t restrict your game experience, as they can land anywhere. A multiplier can earn you between 2 and 20 times the bet. The multiplier symbol collects throughout the rolling reel sequence and adds up at the end of a spin. However, the collected multipliers can be reset between base and game spins.

The Wildstorm triggers randomly at the base game earning a player a free spin. The free spins come with about 5 wild reels, which is more advantageous to the player.

If a player lands 3,4 or 5 scatter symbols, it will earn them 1X,5X, or the bet and free spins wheel spin. The wheel will show the number of free spins you get. The starting multiplier and free spins value are;

After free spins and multipliers have been identified, it will earn specified Wildstorm tokens. However, when a multiplier symbol and free spins land simultaneously, their value will be part of the total win multiplier, which happens at the end of the spin.

The buy options will allow you to buy free spins at 50 times the bet. If you click the buy button, it will earn you a spin with 3,4, or 5 scatters.

Thunderstruck Stormchaser is one of the online slots you can enjoy playing after a long day, as it has attractive features. The game, which resembles Thunderstruck II and Wild Lighting, has better audio visuals that make it entertaining. The Wildstorm feature, which has good returns, makes this game stand out.

It makes the base game worthy and enjoyable at the end of free spins. However, the other features are less enticing since they involve little innovation. But this doesn’t mean they don’t have value in the game, as each attracts a win. For example, if the rolling reels combine with the multiplier symbols, they give a player good returns.

The bonus buy is also cheaper than the other options. It activates the free spins, Wildstorm spins, and free spins wheel sections. Apart from its value, what is good about the buy feature is its entertainment.

So, Thunderstruck Stormchaser is a more entertaining game you should try out. Our main concern, however, is that one has to hit the long roads severally between the game phases. This is despite its great music, theme, and high-quality graphics.