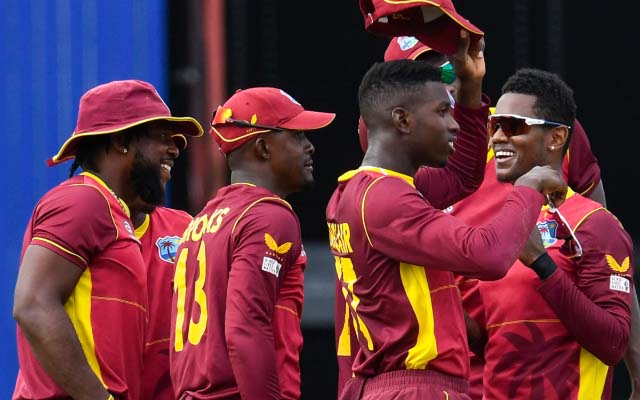 Both teams played 1st game of the series. West Indies did well in this game. No doubt, the same side failed many times in this season. However, they have overcome the faults in the recent games. The betting review has consisted of the latest performance, head-to-head, squads, predictions, odds, tips, scores of players and wickets. After reading the detail, you will be able to make predictions. Let’s start the task without wasting time.

Both sides played their first game in Antigua. West Indies won the toss and decided to bowl first. It was an excellent decision by the team management and captain. We have seen that West Indies picked all the crucial wickets very early. In the end, New Zealand just scored 190. It was a significantly lower total for West Indies at that Time. Akela Hussain and Joseph pick up 3 wickets for each. That is the reason to stop New Zealand from a lower score.

When West Indies started to bat, their early wickets fell without creating any partnership. Yes, Shemrah Brook proved a significant difference between the two sides. We have seen some good shots from him. He stayed on the crease till the end of the innings. Brooks posted 79 runs to the board. West Indies was happy to chase the smallest total. If Brook failed at a crucial time, it was impossible to stop New Zealand.

I have checked the predictions and found that New Zealand and West Indies contains the same chances of winning the game.

The team winning the toss would like to do a bowl fist.

Kan Williamson, Guptil, Finn Allen, Santner and Micheal Bracewell are significant players who change the game’s side. Trent Bould is a prominent bowler in New Zealand.

If we see the West Indies team, we have checked the recent performance of players. Yes, most of the players picked form here. Hytmyer, Pooran, Shai Hope, Akeal Hussain and Brooks are significant hopes of the West Indies. Let s see which is the better side in the next game. Check the final expected outcome of the team.

After reading all the information, you will be able to make predictions. In cricket, anything may happen at any time. We have checked some poor performance of West Indies on the crucial side. No doubt, New Zealand failed in the opening game of the series, but it does not mean they cannot bounce back. They have all the world-class players to blast the West Indies in the next game. Guptill and Mitchell are dangerous players for West Indies. If they stay on the crease for 20 overs, it will not be easy for West Indies to win the game. In the end, I am in favour of New Zealand.