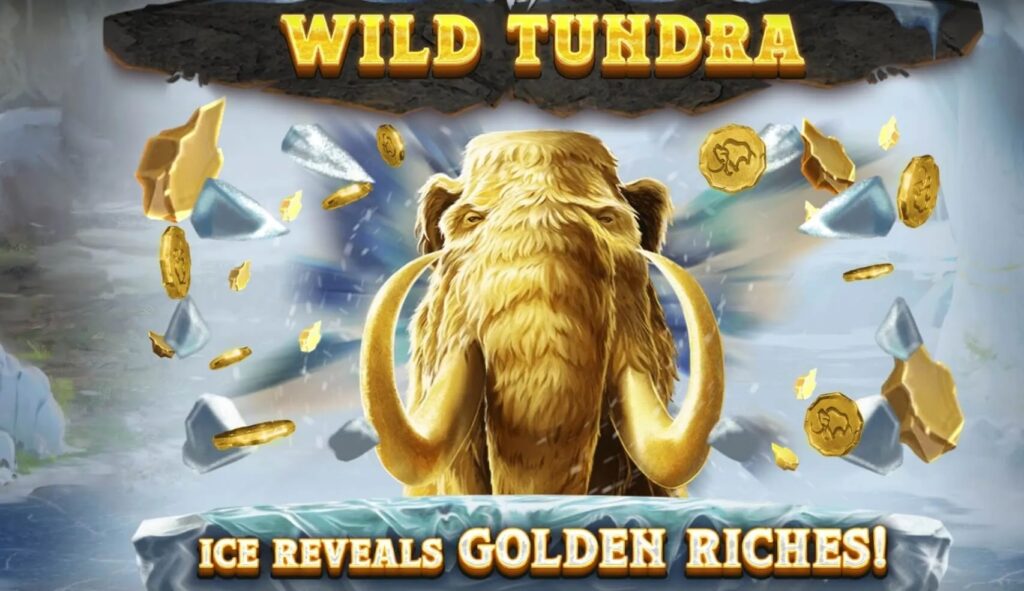 Wild Tundra takes us back in time to show us what wildlife looked like a few thousand years ago. These beasts, from mammoths to bears to saber-tooth tigers, are well-drawn and enjoyable as important icons. This is a Red Tiger Gaming slot machine that will have a decent blend of special features and large payouts, making it an enticing choice.

Wild Tundra contains a total of 1024 chances to win, thanks to the 5×4 reels that are used. With wins of up to 10,484x the stake, considerable volatility, and a maximum RTP of 95.70 percent, this is a slot machine that is best suited for a seasoned player. Cascading reels, super symbols, and free spins are among the features used.

Wild Tundra’s betting range is not as extensive as that of many other risky games that pay highly. For slot bets, as little as $0.10 can be used, and the sum can then be increased up to $10.

Wild Tundra has the potential to pay out a lot of money, but it doesn’t mean you’ll come close to winning the top prize. This is a slot machine with a high level of volatility, which allows it to pay out up to 10,484 times the stake in the best rounds.

When it comes to RTP, the value might vary, but the highest option is 95.70 percent, which should be sufficient for most players.

Wild Tundra is a cascading reels game, which means that the symbols involved will be deleted once you’ve formed your winning combos. This is a good thing because it frees up space for other symbols to fill in the gaps. It can lead to more winning combinations, which can lead to even more cascades. You’ll keep getting these cascades until there are no more possible combinations.

The free spins are most people’s favorite feature in Wild Tundra. It is triggered when three scatters with the Free Spins emblem appear on the screen at the same time. Then you’ll get 9 free spins. In this mode, you must land more scatters to receive extra free spins, which adds 1 spin to the total each time.

During the free spins, a regular symbol will be upgraded to a Golden Mammoth, meaning it will pay out the most when generating winning combos.

There will be an increasing multiplier as you produce winning combos, which will increase by 1x each time. Wins can be multiplied up to 20 times this manner.

If three scatters appear on the reels at the same moment, you’ll be taken to a new level of the feature, with three bonus spins. There is an additional symbol that is upgraded to Golden Mammoth at this stage.

Behind the reels, the tundra, as it was thousands of years ago, will be visible. Its principal symbolism are prehistoric creatures that no longer walk among us. There are ice tunnels visible, but there are also green areas visible, indicating that the snow is thawing.

The normal assortment of low-value Royals (five of them, 10 to A) is followed by the ones with Mammoths, Rhinos, Bears, Saber Tooth Tigers, and a Deer on the reels, which are interesting in and of themselves due to their design. The notable symbols are Scatters and Golden Mammoth, which are utilized to trigger and boost the free spins.

There are a few things in Wild Tundra that should keep your experience interesting. With above-average awards and entertaining graphics, I found this Red Tiger release to be enjoyable. If there is one drawback, it is the below-average RTP, albeit you can reach near to the industry norm even with that.